The Last Stop was inspired by an episode of This American Life I'd heard a few years before writing the comic. It recounts the story of the occupants of an old house who experience strange phenomena they believe to be ghosts. They soon find out that their problems aren't paranormal at all but the result of carbon monoxide poisoning. I found this explanation not only anticlimactic but disarming in a very satisfying way.


This concept for an anti-ghost story sat dormant for a while as an incomplete idea until I thought to add narration from the ghost presiding over the house. A ghost that is equal parts eerie voyeur and sentimental homebody.


After spending years digitally inking all of my comics, I decided to try going back to traditional inking and lettering as the unpolished look felt more in line with the story I was telling.


The cover was meant to be my take on a retro horror movie poster or maybe a pamphlet you might see in Beetlejuice (1988). The house was modeled in Paint 3D and painted digitally to achieve that perfect isometric view, something I didn't even want to attempt by hand. 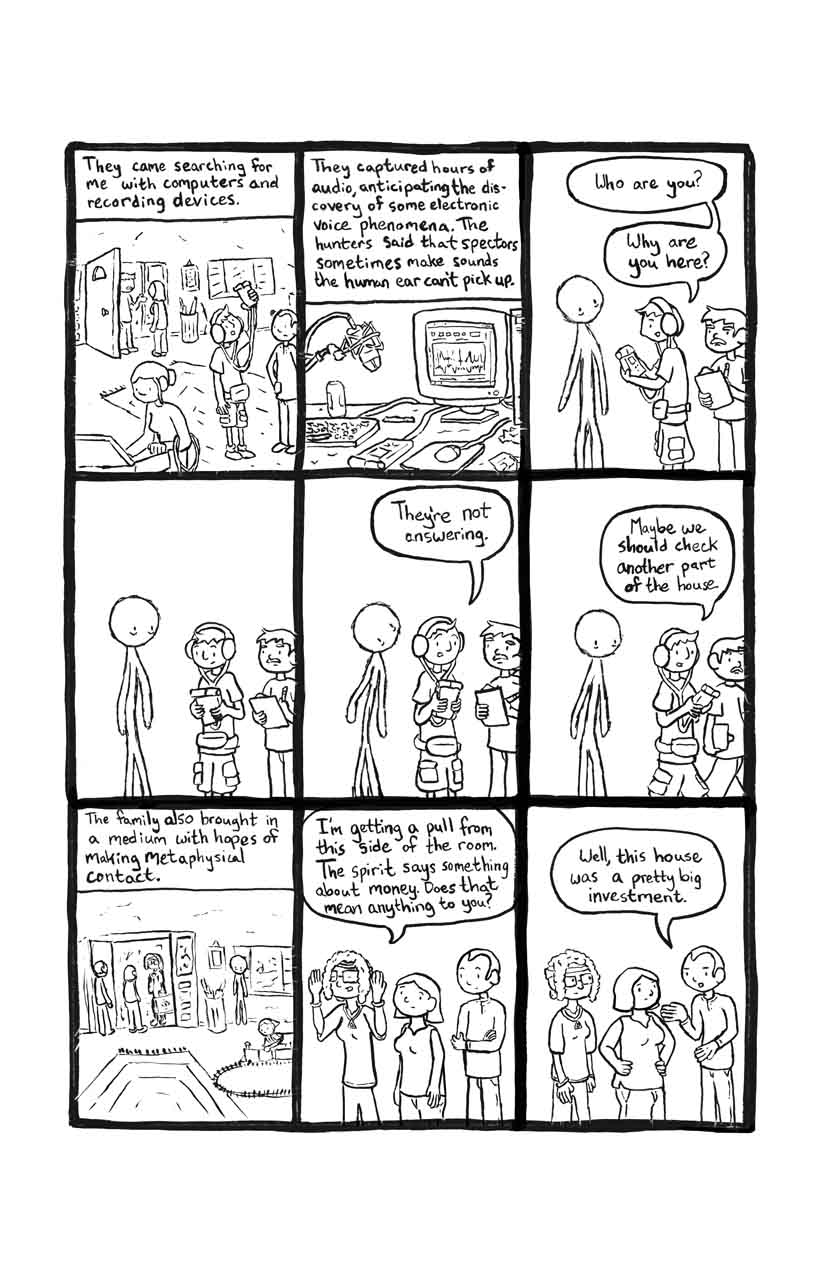 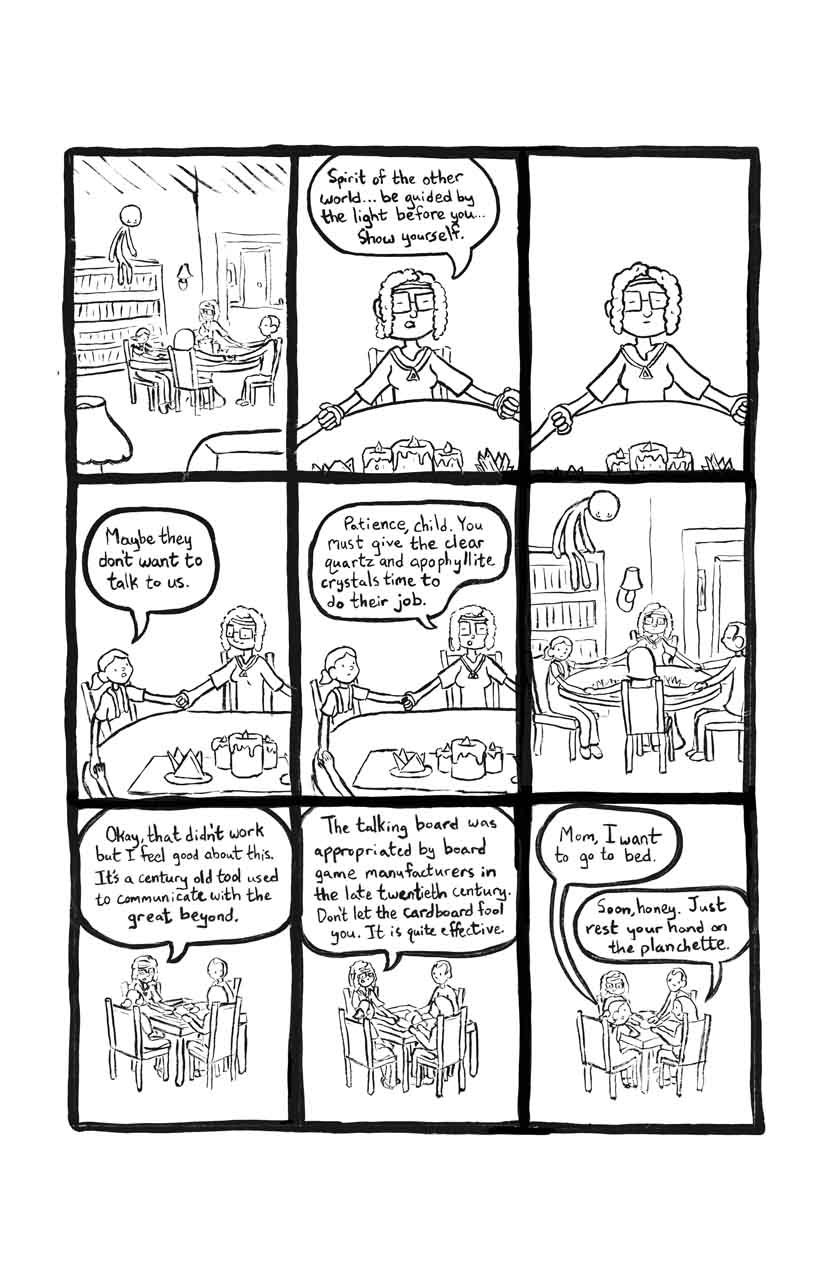 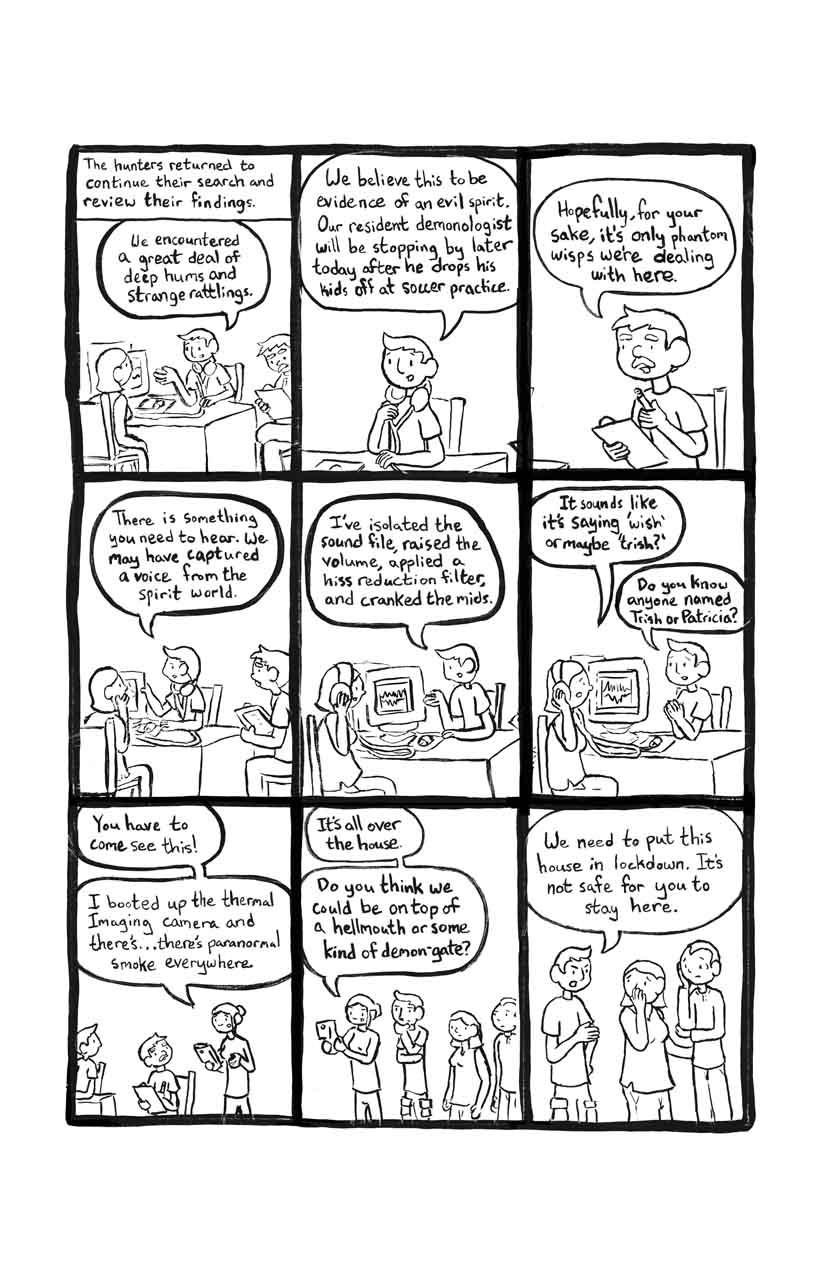 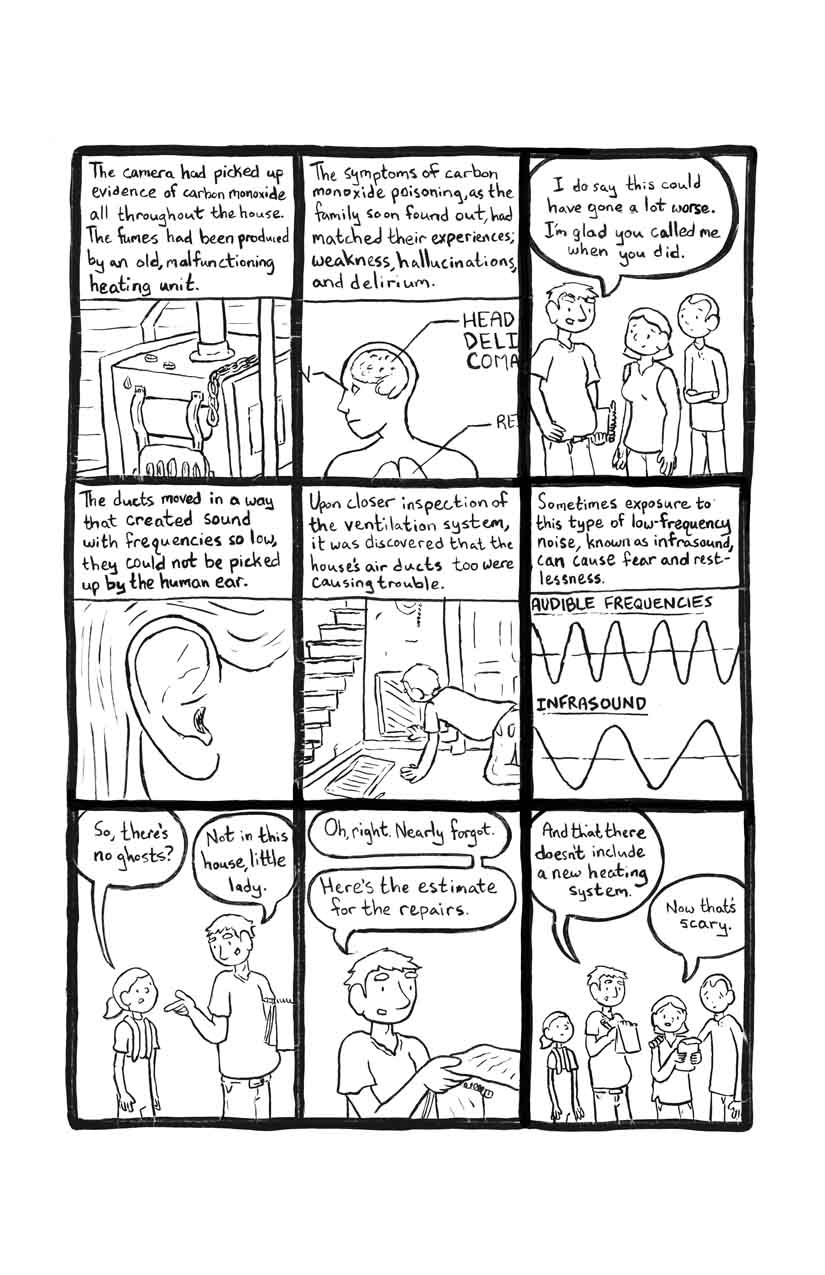 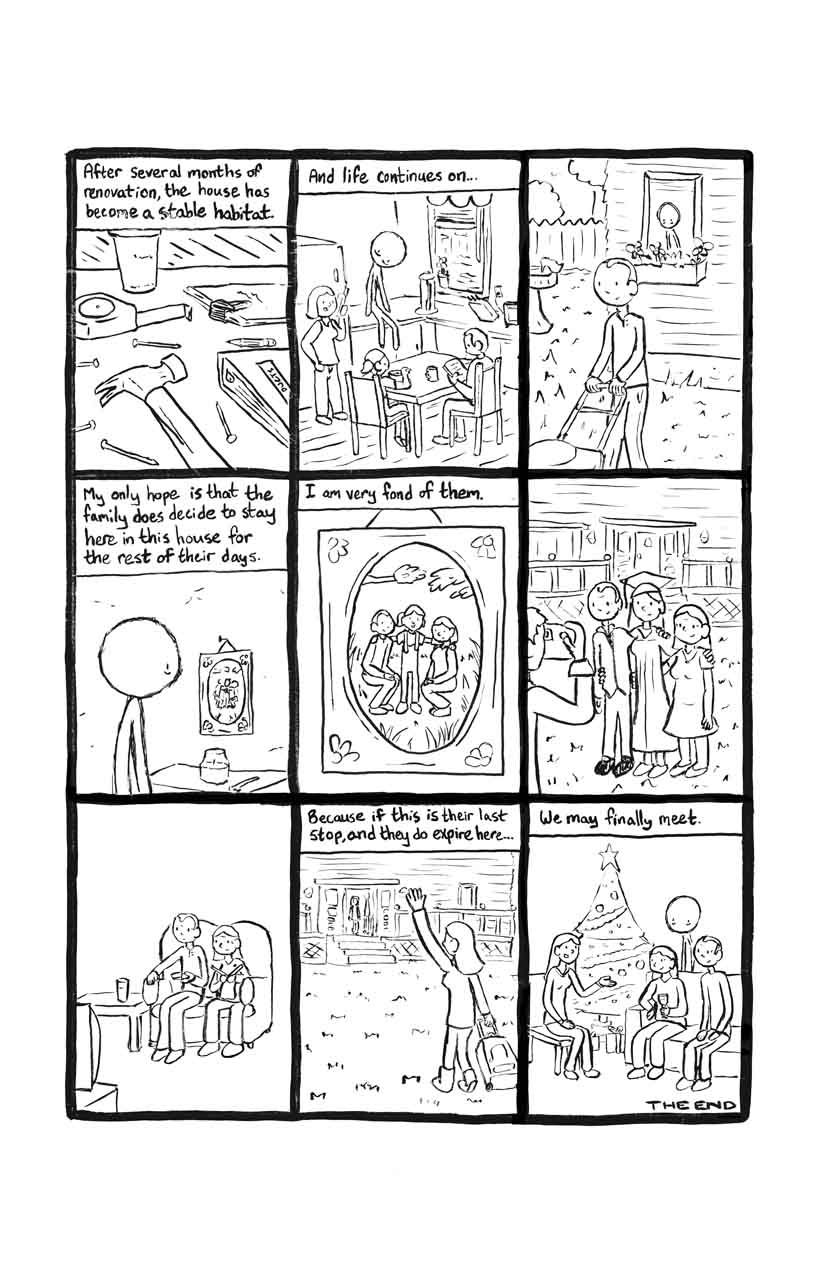